Email us for a reply tomorrow!

Cast Tec has its origins back in 1983 buying, selling and restoring original cast-iron fireplaces using the family 'dip and strip' business premises on Tyneside as a base

Towards the late 1990's, however, it was becoming increasingly apparent that to obtain enough supply to meet demand for cast-iron fireplaces, reproductions would have to be considered. This change in direction from refurbished antique to mass reproduction heralded the beginning of Cast Tec as a major supplier to the trade.

Cast Tec would go on to supply the fireplace and heating industry with cast-iron fireplaces, mantels and stoves not only as faithful reproductions, but new contemporary designs focusing on efficiency and user friendliness. These innovations have helped to maintain the popularity of the cast-iron fire into the twenty first century.

Opening Hours
Monday-Saturday: 8am to 5pm
Sunday: 11am to 3pm 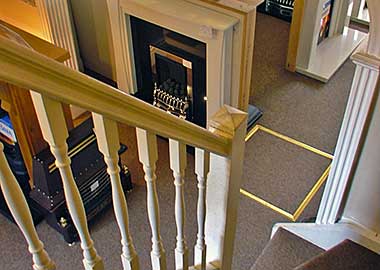